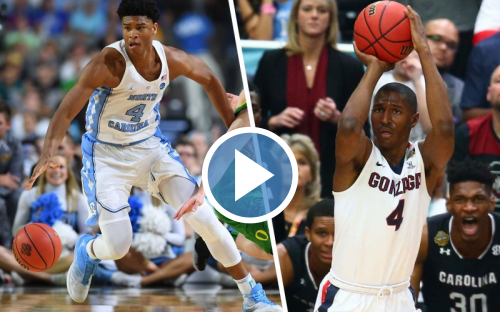 By Kevin Jones — 5 years ago

Moment Not “TOO TALL” For Witten, Cowboys

On a night where Jason Witten breaking Ed “Too Tall” Jones’ record for Consecutive starts by a Cowboy looked to be the only good thing to happen, it was none other than Witten himself to secure the game winning catch in OT. The future Hall of Famer had been held to just 1 catch for 11 yards when Dak scrambled and found him WIDE open in the end zone. Throughout the game, Jason Garrett continued to have out of body experiences, diverting from his usual vanilla play calling with trick plays and 4th down conversions in OT. Punter Chris Jones flashed his speed on a fake punt running 30 yards and picking up the first down before stepping out of bounds. Cole Beasley showed off his arm by over throwing Terrence Williams on a screen- WR pass. With all the drama and endless headlines, Dak Prescott was yet again the main story. Prescott finished with 287 yards, 2 TDs, 1 INT, completing 19 of 39 passes. Through 2 and a half quarters, Dak looked to be opening the door for Tony Romo’s return. The return of Dez Bryant might have had something to do with it as he targeted Bryant 14 times while only completing 4 and leaving Cole Beasley completely out of the equation. Dak repeatedly forced the ball into bad situations instead of taking what the defense was giving him.

Facing a 10 point deficit in the second half, the game plan went out the window and Dak became the player we have become accustomed to. He spread the ball well, got Cole Beasley involved and Zeke started finding holes. In overtime, Dak completed all 5 of his passes and marched the team 75 yards down the field to win the game on a Romo-esque type scramble to Romo’s best friend. This was the game that Dak finally looked like a rookie, but under the lights in prime time, against a division rival for sole possession of first place in the division and first place in the NFC (at least till tonight when the Vikings play the Bears), he was able to turn it on and get it done. The entire team is rallying behind the rookie passer unlike anything we’ve seen, and it is getting harder to argue that this is still Romo’s team. This, a night that was Dak’s worst, might be the night that solidifies his spot as leader of this offense.

Defensively, the game ball goes to Sean Lee. Lee was, yet again, everywhere the entire night finishing with 11 tackles, 2 of which were for a loss. The play of the game came with 7 minutes left in the 4th quarter.  Wentz passed short right to Darren Sproles only to have Lee immediately bury him for a 6 yard loss. This took the Eagles out of field goal range and forced a punt, keeping it a 7 point game. The following drive was 90 yards ending in the game tying touchdown to Dez Bryant. The defense stepped up and made plays when it counted even after losing Morris Claiborne (groin) and Barry Church (fractured arm). The Eagles final 4 drives resulted in a lost fumble and 3 punts. The Cowboys bend but don’t break D came through again and to date have not given up more than 23 points in a game and is 4th in the league in points allowed (18.6/game). This no name group of ‘orphans’ is playing as a single unit and having fun doing it.

Find a way to get in the backfield: 3 sacks, 11 tackles for a loss and 1 fumble recovery by Tyrone Crawford.

Run: The Eagles stacked the box and begged Dak to beat them. As a result, Zeke only rushed for 96 yards and Dak played poorly under pressure for the majority of the game only completing 48.7% of his passes.

Get Dez started early: This was definitely the focus of the Cowboys game plan and to a fault. Dak was obviously forcing the ball to Dez instead of reading the defense and getting the ball to the open man. Dez did finish with 4 catches on 14 targets for 113 yards and a TD.

It was all fun and games in Arlington on Sunday as the Cowboys had their way with the Bengals.  Dak continued to look poised in the pocket as he managed to make it to his 3rd and 4th read at will. The offensive line had their best game yet against a defensive front 7 that is the heart and sole of a usually stout defense. We all know how much the Cowboys have sunk into this offensive line – the Bengals have done the same with their defensive front. Their best vs our best. The result?  180 yards rushing, 134 from Ezekiel Elliott, 3 rushing touchdowns, 227 yards passing and 1 passing touchdown. The low point (because you have to stay grounded) was Dak’s first turnover of the year. The offensive line gave up just 1 sack on the day which resulted in a fumble which the Bengals recovered. That turnover ended a 12 play, 57 yard and nearly 8 minute drive at the CIN 18 yard line. The Cowboys were driving and about to make it 35-0. Instead, the Bengals recovered the fumble and 10 plays later cut their deficit to 28-7.

The Cowboys didn’t give up any big plays as their secondary was firm and Bengals QB Andy Dalton found himself under pressure within 2-3 second on nearly every drop back. The Cowboys actually had a pass rush for the first time all year thanks to the return of Demarcus Lawrence. Lawrence didn’t record a sack, but came very close on two separate occasions – we’ll chalk that up to the rust factor. But his speed off the end forced Dalton out of the pocket and right into our other 3 rushers, resulting in 4 sacks. As the weeks progress, and Lawrence gets continues to get his feet back, he won’t miss those opportunities. Rest assured, if he does, the other guys bull rushing from the other side won’t. AJ Green caught half of his 8 targets for just 50 yards while Brandon LaFell caught 8 for 68 and two TDs. The Bengals couldn’t seem to to get a quick score as both scoring drives were 10+ plays and over 5 minutes. The Cowboys were giving up the short plays to eliminate the quick strikes.

Call me crazy, but this is exactly the way I like to watch my teams. Relaxed, with my feet up, blood pressure at a nice calm rate.  There was never a time throughout the entire game where I was even a little worried.  Dak continued to spread the ball around, Zeke busted a 60 yard touchdown run (untouched), the defense was swarming around the ball. It was utter domination beginning to end. All of this without Dez Bryant and Orlando Scandrick. Dez was sidelined another week with the hairline fracture in his leg, and Orlando rested his hamstrings another week. The offense didn’t miss a beat thanks to Terrence Williams catching all 5 of his targets for 70 yards and Jason Witten’s 3 catches and 43 yards with an absolutely beautiful stiff arm of Derron Smith:

The Cowboys will look to continue this 4 game winning streak in which they have progressed significantly each week as they head into Lambeau to face the 3-1 Packers. A win there will officially start the conversation about a certain Cowboy’s retirement. But for now, let’s enjoy this week, as it’s back to work tomorrow.

I had the “Zeke runs wild” part down, although I did not see this defense playing as soundly as they did, nor did I think we wouldn’t miss Dez against a reportedly solid Bengals Defense. When I am wrong, I want it to be in this way!