The Cowboys have won 9 straight for the first time in franchise history. Let that soak in… Staubach, Aikman, Romo or any of the 5 Super Bowl teams never won 9 in a row. Despite starting slow and throwing the ball more than they have at any point this season, the Cowboys took over the second half and the offensive line opened the holes needed to mount several big drives. The last 2 drives combined for over 14 minutes powered by Dak Prescott who completed 13 passes in a row that spanned the final 3 drives. Overall, Prescott completed 27 of 36 for 301 yards (second straight 300 yard game) for 3 touchdowns and 0 interceptions resulting in a Passer Rating of 127.2. Over this 9 game winning streak, Prescott has a Passer Rating of 116.4. Zeke Elliott was held to only 97 yards against the number 1 ranked run defense in the NFL who had allowed an average of 76 yards per game so far this season.

While the offense was pretty bland yet again in the first half (punting on their first 3 drives), they were able to spread the ‘sauce’ around in the second half, scoring on their final 5 drives and covering 367 of their 417 total yards over those drives. The Ravens were cocky and arrogant as they took the lead quickly and began mocking the Cowboys by throwing up the X after the Terrance West TD run in the first quarter and copying Zeke’s ‘feed me’ motion as they amassed 71 yards on the ground in their first 2 drives. Dez Bryant said after the game, those antics go unnoticed by the team who is only focused on doing their job. Regardless, the antics stopped quickly half way into the second quarter when the Cowboys began to find their groove.

As well as the Cowboys have been playing in the second halves this season, there are several areas they can improve defensively. Sunday marked the 3rd game in a row without a takeaway after stealing 9 through their first 6 games. Down the stretch, against their divisional foes, that has to change if they are going to continue this streak and secure the division. Sean Lee acknowledged this after the game, “The good part is we came back, we rallied, we played better. But we have to get turnovers. If we get turnovers and get the ball back to our offense, these games can be a little bit easier because of how well they’re playing.” Another area in which they can improve is in eliminating the big plays. The Ravens first TD drive was a result of 3 big runs of 20, 16 and 18 yards.

The Cowboys are playing very well, but with 3 of their final 6 games coming against divisional rivals in the strongest division in the NFL (.688 win pctg), it will be no easy task. The Redskins come to town on Thursday afternoon fresh off their 42-24 rout of Green Bay on Sunday Night behind Kirk Cousins’ 145.8 Passer Rating. The time to enjoy their 9th straight win is over. The quest for their 10th begins today. 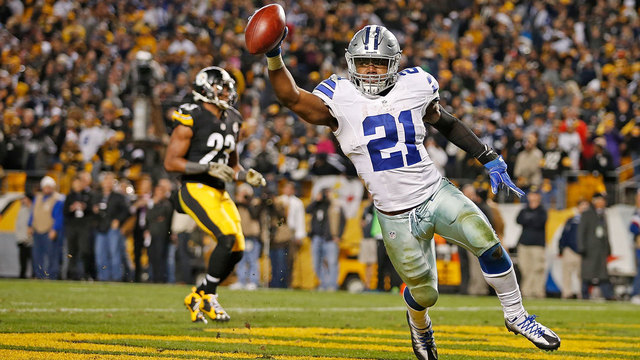