I figured everyone could use a refresher on the definition of “winning streak” – The last time the Cowboys had one was September 20 of last year when they beat the Giants week 1 and Eagles week 2. That week 2 win was bitter sweet as Tony Romo injured his collar bone and we all know what happened next. This year is different. Yes, Tony Romo is injured again, but we have Dak Prescott under center and he is only getting better. Week by week you can see is confidence level grow. In the week 1 loss to the Giants, his passer rating was 69.4, followed by a 103.7 in his first win in Washington last week. This week? A rating of 123.6 completing 19 of 24 for 248 yards and 1 TD. Dak threw his first NFL touchdown last night in the 4th quarter when he completed a 17 yard pass over the middle to Dez Bryant. The offensive line provided a clean pocket and controlled the line of scrimmage throughout the night allowing Zeke Elliott to eat as much as he wanted as he ran for 140 yards on 30 carries. All of this while missing Pro Bowl Left Tackle Tyron Smith and losing Left Guard La’El Collins at halftime. Chaz Green filled the void at tackle and Ronald Leary stepped in at guard and the line didn’t miss a beat. Cowboys owner/general manager Jerry Jones said, “I thought we showed our depth on the offensive line tonight.”

Defensively, the boys stepped up and didn’t let the Bears’ receivers beat them. Brian Hoyer threw for 317 yards and 2 touchdowns, however, a lot of those yards seemed to come toward the end when the secondary started playing a more prevent style coverage (65 passing yards in 1st half). The defensive line had trouble yet again getting to the QB recording only 1 sack on the night which resulted in a fumble. Hoyer had plenty of time to scan the field the majority of the night, and this Cowboy secondary held its own against the physical Bears’ receivers, even without starting CB Orlando Scandrick (2 hamstring injuries).

Key to the Game Scorecard

When the NFL schedule gurus created this Sunday Night Football matchup, the Cowboys and the Bears looked much different than they do now. Jay Cutler was the QB in Chicago and Tony Romo was the man in Dallas. Instead, we get the veteran Brian Hoyer versus the rookie, Dak Prescott. But the starting QB’s may not be the only missing pieces from the originally planned lineups. CB Orlando Scandrick (Hamstrings, has not practiced), RT Doug Free (Quadricep, Limited in Practice) and DE Jack Crawford (Shoulder, Limited in Practice) could all potentially miss Sunday night’s game. Everything coming out of the Star in Frisco says that Scandrick could take the week off. I know the Bears are win-less and playing a backup QB, but these Bears receivers are not to be taken lightly. Alshon Jeffery and Kevin White are both capable of putting up big numbers at any moment and Hoyer is a seasoned veteran who finished last season with a passer rating over 90, throwing for 19 TD’s and only 7 INT’s.

The Chicago defense has been decimated by injury with 10 players either limited or not practicing this week. This should be the week Dak gets his first and maybe second TD passes of his career. The question that could spark the most debate, however, isn’t with the rookie Prescott. Of all the position groups on this team, the offensive line has the most intriguing dilemma. With Doug Free limited in practice, Ron Leary aching for action on the sideline and La’El Collins struggling at Guard, it’s creating a perfect storm to move Collins (who’s every highlight is in the open field) over to right tackle and Leary back into his left guard spot. This could help the struggling run game significantly. Collins missed 5 blocks last week in the run game. To say he isn’t the mauler we all hoped for is an understatement. Ezekiel Elliott needs some holes this week to help him get his mind right after being benched for the first time in his life. Zeke dropped the ball twice last week after only fumbling 3 times in his entire college career. Couple this with his off the field ‘issues’ (if you can call them that), and he needs a big game this week.

Defensively, the Cowboys need to get to Hoyer and force him to make bad decisions. This has been a problem spot for the Cowboys D, which is to be expected when you are essentially rushing 4 DT’s. The two sacks this season are, of all things, coverage sacks which allowed time for the big guys up front to power their way home. Those coverage sacks might be a little harder to come by this week. If Scandrick sits, look for Byron Jones to get some action at corner alongside Carr, Claiborne and rookie Anthony Brown with JJ Wilcox and rookie Kavon Frazier getting more reps at the Safety.

KEYS TO THE GAME

All in all, this week is set up perfectly for the Cowboys to break that 8 game home losing streak pretty easily. Here are the keys to the game: 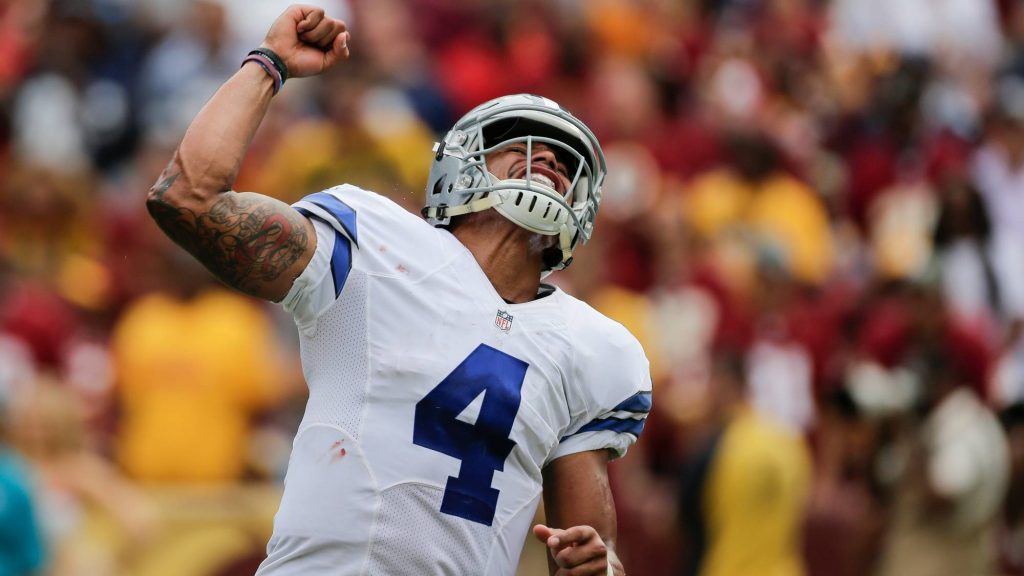