A week ago, the image of Colin Kaepernick lounging on a bench during the national anthem was burned into the head of everyone who had turned on a television or browsed the internet. Some hated the protest, some applauded it, while others wondered if there was a better way to bring light to such a sensitive issue. One thing is certain, it grabbed the attention of a nation. And that’s what he wanted, right?

Not really. Kaepernick wanted to bring up a discussion of the oppression he sees for “black people and people of color” in the United States. What he did start a discussion on, is whether or not one should be ostracized for sitting during the national anthem. By many, it was seen as a slight to the military and completely ‘unAmerican’. Anyone that lives in this country knows that going against the military is taboo. This is not the 1960s and 1970s when people spat on, and ridiculed soldiers returning home from the Vietnam War. Not to say that people in the United States do not still have strong feelings against war or the reasons we are in them, but we have evolved to realize that it is not the young men and women who put their lives on the line that we should be angry with. While Colin did say that his sitting was not aimed at the military in any way, it was pretty hard to separate the two once it had gone viral.

Kaepernick was left at an impasse once he said he would not stand until he saw real change with the issue at hand. If he stood after that without progress, he would be viewed as just another whiny, overpaid athlete looking for attention while not really caring about the issue. On the other hand, if he continued to sit, he would be at the center of a media whirlwind, lose endorsements, be jeered at in every stadium he entered (even Levi’s Stadium), and become more of a sideshow than an NFL quarterback, starting or not.

The sign of a true man is not that he is never wrong, but rather, that he can admit his faults and strive to change and become better. Was Kaepernick wrong to protest what he sees as a social injustice in our country? Absolutely not! Could he have gone about it in a better way? I think so. Kaepernick spent 90 minutes with former Green Beret, Nate Boyer, before the 49ers final preseason game, and decided to take a knee during the national anthem instead of sitting. Wow, that was not something I expected to see. While we are supposed to stand for our anthem, taking a knee can still be seen as a sign of respect. Genuflect means to lower one’s body briefly by bending one knee to the ground, typically in worship or as a sign of respect. That is what Kaepernick is doing. What Colin is saying with this action appears to be, ‘I will still continue to protest the problem I see in my country, but I do not want to disrespect those not involved. Most notably, the men and women of the U.S. military.’.

Kaepernick is not perfect, in this protest or outside of it. Wearing socks with pigs dressed in police uniforms was certainly not done in good taste. Protesting oppression, then wearing a t-shirt with one of the most oppressive modern day world leaders on the front of it almost seems oxymoron. However, I for sure am not the one to cast the first stone. If people came looking at all of my poorly thought out plans that I took action on first, I would have my foot so far in my mouth that I could kick myself in the ass simultaneously for screwing up.

All in all, while I may not see Colin Kaepernick as a respectable NFL quarterback, I definitely respect him as a person. Admitting when I’m wrong (however rare that may be) is probably one of my biggest faults, and I could definitely take a page from the book that is Colin Kaepernick. So Colin, continue your protest until you see the change that you want to see in our country. Also, I hope you will be starting on October 2nd, because my Cowboys sure could use the win.

The top four golfers in the world are out. Five of the top twenty-five tennis players in the world said, “No thanks”. Fifteen NBA players from the USA alone are staying home for various reasons. And, if you think it’s just rich superstars from flourishing, developed countries, think again. Kenyan marathon runners Wilson Kipsang (who won bronze in 2012) and world record holder, Dennis Kimetto, are both refusing to compete due to ‘scheduling issues’.

Scheduling issues happen when someone asks you to come to their housewarming party next week, but you are going to be out of town for an annual work conference; not for one of the world’s biggest event that occurs every four years in August. When Russia, an Olympic powerhouse, almost being completely banned from the 2016 Olympic Games is a story that doesn’t command headlines, something big must be happening in Rio. And it is, it just isn’t anything positive. While the Zika virus is getting a lot of attention in the media, and many athletes are citing it as their excuse to stay home, there are so many reasons why the Olympics need a complete overhaul. The International Olympic Committee (IOC) needs to find a way to host the Olympic games, while providing safety and comfort to both athletes and fans. Before we get into the solution, let’s go over the biggest problems in Rio.

For the second straight Olympic Games, the living conditions provided to the athletes in the Olympic Village are, in a word, unlivable. Everyone saw the horror photos from Sochi in 2014, but according to the teams from Australia, Sweden, Argentina, Belarus, and Kenya, Rio isn’t much better. I’m sorry, but if some Kenyan athletes are staying away, and the ones that actually come are complaining about the deplorable living conditions, you probably have an issue. Even the building inspectors have said that the Olympic Village is not passing basic safety codes. Not just one or two, but 19 of the 31 buildings have not been passed, less than two weeks before the opening ceremony. Several countries have decided to stay elsewhere until these problems are fixed. 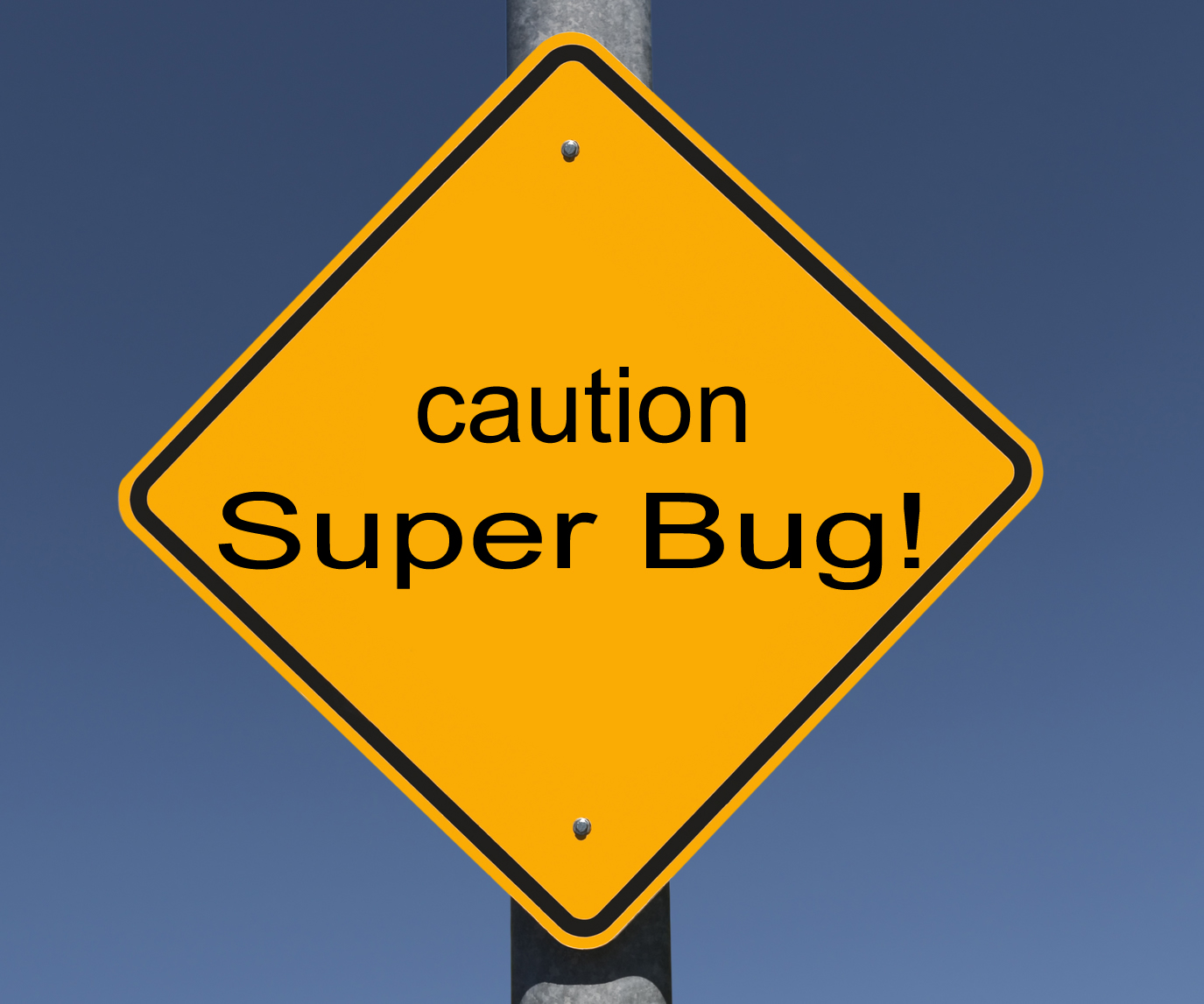 Hopefully, if you are competing in the Rio Games, you do not have an event that takes place in the open water, because there is a super bug to worry about now. No, not the Zika virus, it’s a drug-resistant bacteria that can affect the urinary tract, the bloodstream, and your lungs. Oh, you mean the things we breathe with? No big deal. Well, according to Dr. William Schaffner, and infectious disease specialist, there will not be an epidemic because of the low concentrations of the bacteria in the water. Also, if there were going to be an epidemic, the native Brazilians would have already been experiencing that. That’s like saying, “Sandy’s got herpes, but Johnny and Ricky both dated her and didn’t get it. So, you’re probably good”. Dr. Schaffner is also recommending the athletes in these events shower with soap and water immediately after leaving the open water. It’s always reassuring to ask your coach, “What’s my time?”, and be answered with, “YOUR TIME?!? Are you kidding me, go get in the shower and clean off that super bug!!!” I understand that the risk may be low, but I don’t think I would be voluntarily getting in those waters with the gravity of the possible diseases from the super bug. 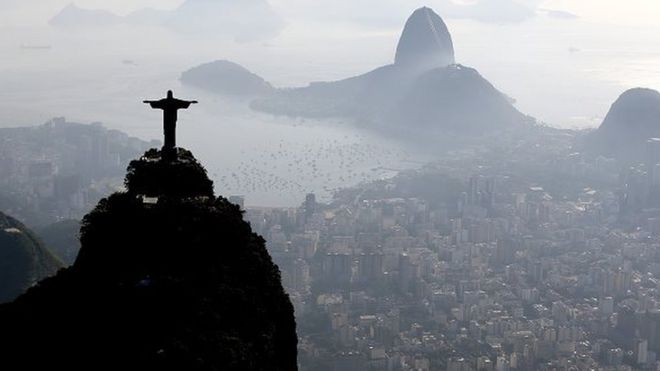 As for the social side of Rio de Janeiro, they have recently declared a state of public calamity. Seriously, that’s a thing that can be declared? It’s not as if Rio announced that its ozone level orange today, try not to go outside. They’re basically saying that is has gotten so bad that they can’t even sugarcoat it anymore. When you’re beyond the point where politicians can cover up something bad by pointing the other way at something good, I guess you declare a state of public calamity. So Rio is on the edge of disaster less than two months before they host one of the biggest events in the world.

Apparently, the IOC likes to go to struggling cities, who have these itty-bitty issues, such as feeding and educating their people, and tell them that maybe those problems will take care of themselves if they spend $12 billion on a two-week sporting event. It’s funny, because I was just thinking of telling a friend that has 4 kids, no job, and two mortgages to hurry up and buy another house before the market goes back up. The finances are getting so bad they can’t even afford to pay firefighters and police. Why were their salaries in the budget cuts before the politicians that got them into this mess? But, don’t worry too much, it’s not as if South America is a place where there’s a lot of crime, and tourists aren’t safe on the streets at night. Oh wait…shit.

The solution to this Olympics issue is quite simple. Have a five city rotation (10 total including winter) where the games are held. Pick cities that have a stable economy and have the means to accommodate millions of visitors for two to three weeks. This would eliminate the issue of cities building structures that are never going to be used again, because they will be used again. Of course there is a boost for the economy with all of the construction that goes on, but when that same area turns into a ghost town almost immediately after the closing ceremony, it feels as if all that work was done for nothing (not to mention all of the money spent).

These areas could be used for various other events as well, from other sporting events to conventions to concerts. I’m sure the IOC promises these struggling countries dreams of turning what was nothing into a new affluent area of their city, but a poor area isn’t going to be brought out of poverty from a two-week event. This would also help to eliminate the transportation issues of a city not used to so many extra visitors. Having done it in the past will allow for each Olympic Games to be more efficient, not to mention enjoyable, for everyone involved (raging cheers from anyone who went to Atlanta in 1996).

The only stories about the Olympics should involve the athletes, but each Games has turned into more and more of a political mess. Some of these athletes spend their entire lives training to compete in one, and only one, Olympic Games. Unfortunately, the ongoings in Rio may have taken that chance away from them.  The medalists at these games will not be viewed as inferior to other years because of the number of competitors staying away, however, it’s sad that the world cannot see the best of the best. There is a business side to the Olympic Games, and revenue must be generated to run such a massive event, but not at the expense of general human needs. Especially, when the Olympic Games is a spectacle of the human body and what it can achieve at its highest level. One of these days, we will get rid of overbearing and greedy legislative bodies (IOC, NCAA, FIFA, etc.), so that sports can be pure again. Until then, cover yourself head-to-toe with OFF, swallow a few broad-spectrum antibiotics, and go grab your wallet chain from middle school before you jump on that flight to Rio.