The Cowboys Top 5 Concerns Heading into the Season

By Phillip Montes — 6 years ago

It’s that very special time of year where every NFL city has a bullish outlook of the upcoming season. From coast to coast, fans believe the right moves were made in the off-season and this will be the year their team finally reaches the ever-elusive championship game. Unfortunately, that optimism can sink faster than the Titanic in the cold Atlantic. The Cowboys had a tough 2015 campaign… (Clears throat) Let me try that again, the Cowboys outright sucked in 2015. Last year, a lot of bad things happened and happened quickly to ensure the Boys had their worst record since the dismal 1-15 season of 1989. In 2016, the Cowboys are banking on the 2014 formula that had them one bad-call away from an NFC Championship. To repeat 2014, the Cowboys will need their risky off-season decisions to pay dividends, coupled with a streak of good luck on the injury front. I’ve listed the top 5 concerns that should keep every Cowboys fan awake at night heading into the season.

Almost half of the Cowboys starting front seven will be out the first part of the season. The Cowboys sack leader last year, DeMarcus Lawrence, will be out for the first four weeks of the season. In addition, Rolando McClain and Randy Gregory are expected to serve ten game suspensions. Outside of Tyrone Crawford, the Cowboys will be dependent on a host of young, unproven players on their defensive line. The current career sack leader on this roster is Orlando Scandrick (9.5 Sacks), which means the Cowboys have very little experience and success on this defensive line. How quickly Marinelli can get these young guys up and running and able to apply any pressure will be paramount if the Cowboys are to have any success in September. If that’s not enough, the Cowboys will have to replace their playmaking middle linebacker Rolando McClain with veteran Justin Durant. Although Durant is an adequate replacement, he does not possess the playmaking abilities of McClain and will most certainly be a drop off. The Cowboys may need a miracle to survive the first half of the season, but Marinelli’s scheme may be just the luck the Cowboys need early on.

The Cowboys secondary may be the strongest unit on this defense. No need to adjust the resolution on your screen; yes I said the secondary. This is their deepest unit, which has more leadership and experience than the D-Line or LB crew. However, it will all depend on Scandrick’s health and effectiveness. If he returns to 2014 form, Scandrick can play the slot on passing downs, and Brandon Carr can return to the right side where he is more comfortable. Scandrick’s return will move Mo Claiborne to third on the depth chart, who had his best season as a pro last year and will be a solid third option. In addition, you have an up and coming player in Byron Jones paired up with a seasoned Barry Church at safety. If the D-Line doesn’t get pressure early, the Cowboys will need their secondary to play to their full potential to be an average defense this year.

I don’t need to breakdown what Dez means to this team. He is the life and soul of this team, similar to another 88 a couple decades ago. Was it a coincidence that Dez and Demarco both had career years in 2014? I don’t think so. Similar to the 90’s dynasty, the run game opened the pass game and vice versa. I believe the Cowboys have a real opportunity to find that balance again this year, but there is one really big question. Will Dez stay healthy? In 2015, Dez missed five games due to a foot injury, and was never the same even after he returned to the field. Last year wasn’t the first season Dez has dealt with a significant injury. In 2010, Dez fractured his ankle and was placed on the injured reserve. In 2012, Dez broke his left index finger and was significantly impacted the last month of the season. There is no doubt the Cowboys will need a healthy Dez throughout the season to win the NFC East. This team isn’t nearly the threat on the offensive side of the ball without a healthy Dez. Let’s just all say a prayer to the big man upstairs and hope he stays healthy this year.

I’m not sure what’s had more research and analysis over the last couple months – the Cowboys 4th overall pick or the Brexit… Zeke at the four spot was and still is a hot button issue, especially after the recent domestic violence allegation. However, the pick is in and the Cowboys put all their chips on the table. The Cowboys selected Zeke as part of the “Romo friendly” movement and put their defense on the back-burner. Jerry and the gang figured the only shot the Boys have is to win the time of possession (TOP) every game this year. Again, this isn’t foreign to the Cowboys as they boasted the third best TOP in 2014 with an average of 32:13 a game.  But can Zeke in his rookie year be as effective and durable as Murray was in 2014? Well, probably not. Remember, Demarco rushed for 1845 yards (4.7 YPC) with 13 touchdowns in 2014. Oh yeah, that same year he also broke the Cowboys single-season rushing record – I can’t remember the guy that he beat; some running back from the 90’s who is also the NFL’s all-time leading rusher…  It will come to me eventually. But to expect Zeke as a rookie to have similar numbers isn’t realistic, especially after missing most of training camp with a hamstring injury. His production will probably fall somewhere between McFadden in 2015 and Murray in 2014, but will that be enough to make the Cowboys a contender in 2016? The Cowboys season rests with a 21-year-old rookie from Ohio State.

We’ve covered some pretty significant concerns for the Cowboys heading into the season-opening matchup against the G-Men on 9/11, but let’s be honest here… The four previous concerns are irrelevant without a healthy Romo. We’ve seen what this team is without Romo, and it’s not pretty and very hard to watch. With a healthy Romo, the Cowboys will have a real opportunity to mimic the 2014 season; but if he misses any significant time, you can kiss this season good-bye. It’s hard to measure what Romo really means to this team… Actually, it’s really not. It’s as simple as 12 and 4 or 4 and 12. Without him, the Cowboys are fighting the Browns for the first pick in the draft. With him, the Cowboys are potentially a play away from returning to the NFC Championship. He’s the Cowboys MVP, and they will need him healthy no less than 14 games if they plan to be playing football in January. 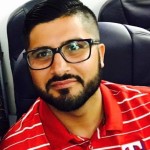