By Kevin Jones — 6 years ago

This has been a very exciting year for Cowboy Nation. The Cowboys are 5-1 on the season, the offense is humming along like a well-oiled machine, and surprisingly, the make-shift defense hasn’t been too shabby either. “America’s Team” appears to be well on their way to actually earning the nickname after decades of habitual disappointment.

But what has been the root of their success? Well, unless you’re oblivious to all social media, it’s pretty clear that the bulk of the fan base gives credit to Dak Prescott for the Cowboys’ miraculous resurrection – which is not unwarranted. Dak has emerged as the clear future of the Dallas Cowboys, touting a passer rating of 103.9 with 1,486 yards and 7 touchdowns. What’s more impressive is that he takes care of the football, with only 1 interception (albeit 4 fumbles) through 6 games. He’s clearly a guy with a knack for managing football games and piling up the W’s, which is why football pundits and arm-chair quarterbacks across the nation are screaming at the top of their lungs: “Do NOT sideline the Dak-Attack for old-man-Romo!”

It didn’t take long for a majority of the football “experts” to abandon Tony at the train station and load up on the Dak-Express. Troy Aikman, Steven A. Smith, Phil Simms, Skip Bayless and even Brett Favre are all in favor of Romo donning a headset for the remainder of the year (just to name a few examples). But the sports-media giants are not the only publications chiming in on the debate… With the controversy garnishing nationwide attention, even publications like The Wall Street Journal have tried to capitalize on the hysteria by throwing their opinion into the mix.

WARNING: At this point in the article, I need to ask everyone to take a minute to relax and search for that happy, zen-like place in your mind. Why do we need to relax, you ask? Great question – thanks for asking! It’s because I’m about to step away from the Dak-mania crowd and go full Romo-sexual, which apparently is a very unpopular thing to do. According to recent polls, 78.35% of you have either 1) Renamed your dog (or son) after Dak Prescott, 2) Stopped listening to Carrie Underwood because she once dated Romo, or 3) Re-purposed your Romo jersey as floor mop – But please folks, try to remain calm. We’ve got some important facts to discuss…

Well guess what? The majority of the pundits are simply dead-wrong. Yes, that’s right – I’m talking like forecast from The Weather Channel kind-of-wrong. I mean, Skip Bayless once claimed Tim Tebow was going to take the Jets to a Super Bowl! Are you kidding me?

The problem is most sports commentators, much like stock market analysts, don’t really aim to be “right”. They only try to make the safest bet and avoid being “wrong”. For example, in early 2007, Blackberry, Ltd. was plowing through the competition in the telecommunications industry. The success of the Blackberry cell phone had led the company stock price from $2.00 in 2002 to $230 in 2007. Market analysts at the time declared the company was unstoppable and encouraged investors to continue “riding the wave”. Well, I don’t know about you, but I haven’t seen a Blackberry in quite some time. Of course, Apple, Inc. released the iPhone in 2007 and quickly brushed Blackberry aside as they gained the bulk share of the cell phone industry. The analysts had been short-sighted and encouraged investors into what appeared to be the safe-bet due to the recent success of the stock. Hopefully you see where I am going with this. To be clear, I’m not saying that Dak is about to fall off into oblivion as Blackberry did – We’ve certainly found the future face of the franchise with Dak. I’m just pointing out that pundits and analysts are notoriously sheepish, and that the ability of the competition should be considered whether you’re making investment decisions or deciding which quarterback to start.

EDITOR’S NOTE: If you’ve got some real juevos, shares of Blackberry, Ltd. can currently be swiped up at the low, low price of around $7.00 a share…

Few people realize or give any credit to Tony’s actual accomplishments. In our “what have you done for me lately” society, fans and critics alike seem to dismiss his top-tier ability because he hasn’t been able to lead the Cowboys to new championships. But the stats can’t be ignored or pushed aside. When it comes to passer rating, Tony Romo comes in at 3rd on the list (All-Time). Yup, that’s 3rd in the entire history of the NFL, not just among active QB’s. Just to list a few names who fall below Tony: Peyton Manning, Kurt Warner, Joe Montana, Tom Brady, Drew Brees, Brett Favre, Ben Rothlisberger, etc, etc…

I can already hear the Romo-Haters now: “Oh wow [sarcasm], he’s 3rd all-time in passer rating, but Romo can’t seem to close out games, that’s why he’s a loser!” Well, the haters are incorrect once again because our boy Tony happens to hold the 2nd highest 4th Quarter Passer Rating OF ALL TIME. Again, that’s an all-time stat (see above list for QB’s who fall below him).

To be honest, Romo has significant standing in practically every major category of the all-time stats, but he never gets credit for his entire body of work – only the memorable losses seem to come to the minds of the pundits when they form their opinions.

Probably one of the most over-looked reasons for starting Romo when he is fully healthy is due to the success the Cowboys had in 2014. With DeMarco Murray in 2014, the Cowboys were able to bruise their way into leading the league in time of possession (54.69%), which kept the mediocre defense off the field as much as possible. In 2016, the Cowboys have looked very similar with Ezekiel Elliott in the backfield, coming in at 2nd in the league in TOP (55%). This not only limits the vulnerability of our defense, but it significantly opens up the down-field passing game for the quarterback. Dak Prescott has been the biggest benefactor of this, and I firmly believe it’s one of the main reasons that he’s had success this year.

But Tony Romo has more capability to push the ball down-field in the passing game than Dak Prescott does. If there has been any “flaw” in Dak’s performances this year, it’s that he has preferred to check down to the third and fourth pass options and hasn’t really challenged the defensive backs that he’s faced. Dak may have gotten away with this during the first 6 games, but we’ve played some very mediocre teams with a 17-24 combined record – he won’t get away with that kind of strategy down the stretch or in the playoffs. With Romo at QB, he’d be able to stretch the defense down field which would create gaping holes more frequently for the run game. He did it in 2014 for DeMarco and he’ll do it again for Zeke, if afforded the opportunity.

Admittedly, Romo’s early playoff resume doesn’t exactly impress. As a matter of fact, one of the most common arguments I hear from Romo-haters is that “Tony is a choke-artist in the playoffs.” The “choke-artist” label for Romo first surfaced after he botched the snap on a game-winning field goal during the 2006 playoffs against the Seahawks. I can understand why this debacle would be permanently ingrained into the minds of the fan-base, and the Cowboys’ successive playoff appearances in ’07 and ’09 did little to restore his image either, but he certainly can’t shoulder all of the blame. The 2014 playoffs, however, are a much different story.

Every time I hear someone accuse Romo for the Cowboys’ quick exit from the 2014 playoffs, I have to question their knowledge of the game. After leading the ‘Boys to yet another 4th quarter comeback win against the Lions in the NFC Wildcard game, Romo was brilliant again against the Packers. He may have only thrown 19 passes, but he connected on 15 of them for 191 yards, 2 touchdowns and a Passer Rating of 143.6 (which is the 25th best PR in playoff history).  Many will remember the game as the “Dez Bryant Catch/No-Catch” game, but the truth is, if DeMarco Murray had never fumbled in the 3rd quarter (leading to a Packers’ FG), or if the Dan Bailey field goal at the end of the 2nd quarter wasn’t blocked, the “Dez Bryant Catch/No-Catch” would have never even happened. Instead of going for it on that 4th and 2, the Cowboys would have just kicked a field goal for the win.

I understand that toying with the starting quarterback of a 5-1 (potentially 6-1) team is a scary proposition for any NFL fan base, but with how the league is shaping up this year, the Cowboys have a very real opportunity to make a deep run in the playoffs and contend for their sixth Super Bowl ring. Dak has been outstanding, and he’s certainly solidified his role as the future of the franchise, but let’s not lose sight of the forest through the trees. This IS and ALWAYS HAS BEEN Tony Romo’s team. 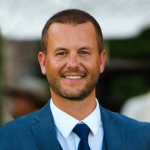